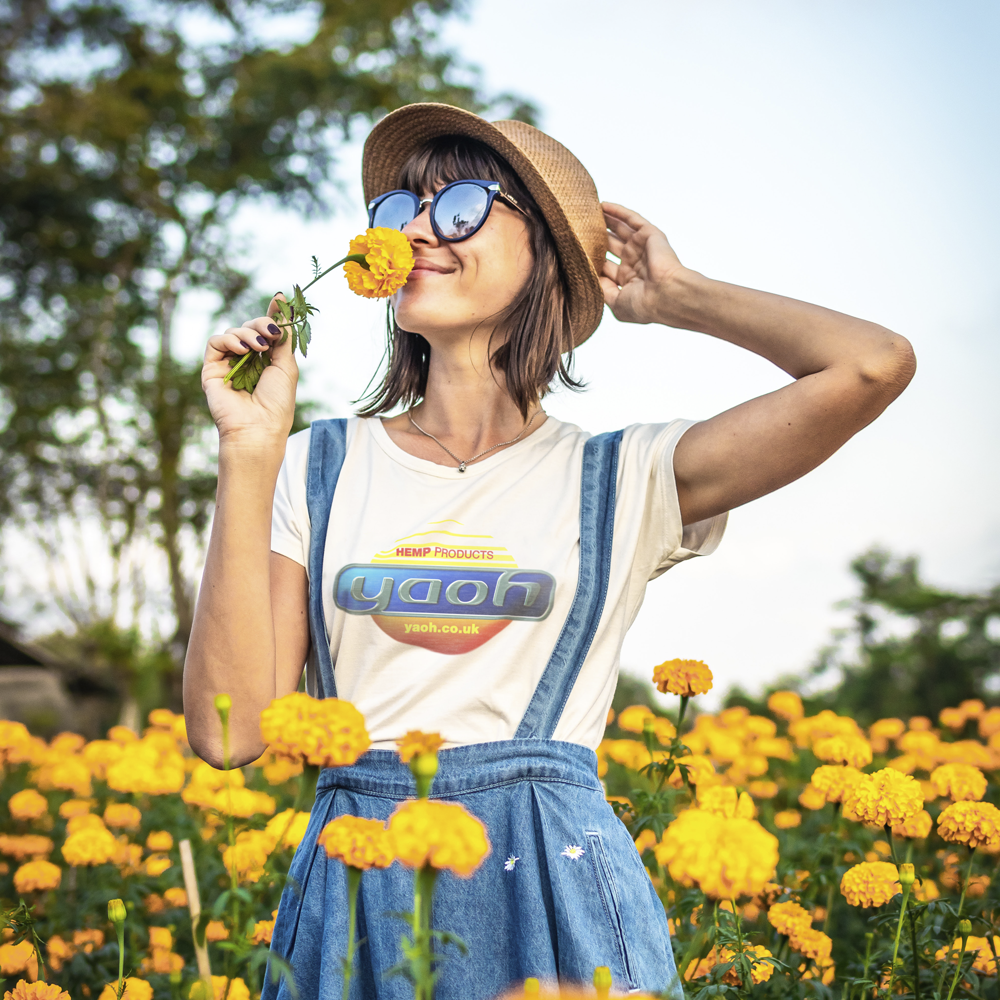 Tim Barford started UK Hemp Company Yaoh on Valentine’s Day 2002. With the 20th anniversary of this much loved and treasured independent vegan company now approaching, Tim steps up to the Plant Powered Planet microphone to relay the Yaoh story of the first 20 years – and what’s still to come.

Yaoh began officially on February 14th (Valentines Day) 2002. That’s the day I officially launched the business. It wasn’t until August that year that we got our first products out – a bottle of shampoo, conditioner, shower gel, 3 lip balms, a moisturiser and the salve.

Getting the products sourced, packaged and manufactured was a process, for sure. The initial response was good, we were one of the first products not to be using parabens or sodium lauryl sulphate, we were vegan and we were hemp. Throw in some verve, freshness and colour and yeah, Yaoh made a splash from day one.

Wild Oats in Bristol was the first store to stock us, in August 2002 we were on the shelves for the first time. January 2003 we were taken on by our first distributor Queenswood, meaning we were accessible for thousands of independent health stores, and by that summer we had done our first Trade show, got taken on by a several more distributors, and launched our sunblock. Lift-off. And in summer 2003, Fred started working with us as a Saturday job (he runs Yaoh these days) and we started the first vegan event. Happy days.

1991, and my pal launched House of Hemp – that was it, right on it. We set off for Romania to visit the hemp farms there in February 1991 but got snowed under in Amsterdam, and never made it further. But I continued down the industrial hemp line, mainly from an information point, up until 1994 when I opened the UK’s first dedicated hemp shop, importing hemp product from USA, Netherlands, & Germany especially. From there we launched an urban hemp clothes label (Alessandro Dasosa) in 1995.

Highlights of that era included our hemp fashion shows which we took to Heaven in London and then the Melkweg in Amsterdam. There was a blossoming global hemp scene in the mid 90’s, with at the height of this boom around 70 hemp companies exhibiting at the Biofach in Frankfurt in 1995. But it didn’t last for many of us, and gradually over the next few years a lot of us went out of business – myself included.

I dusted myself down, learnt how to use a spreadsheet and what a working margin was, and launched Yaoh in 2002, and haven’t looked back. 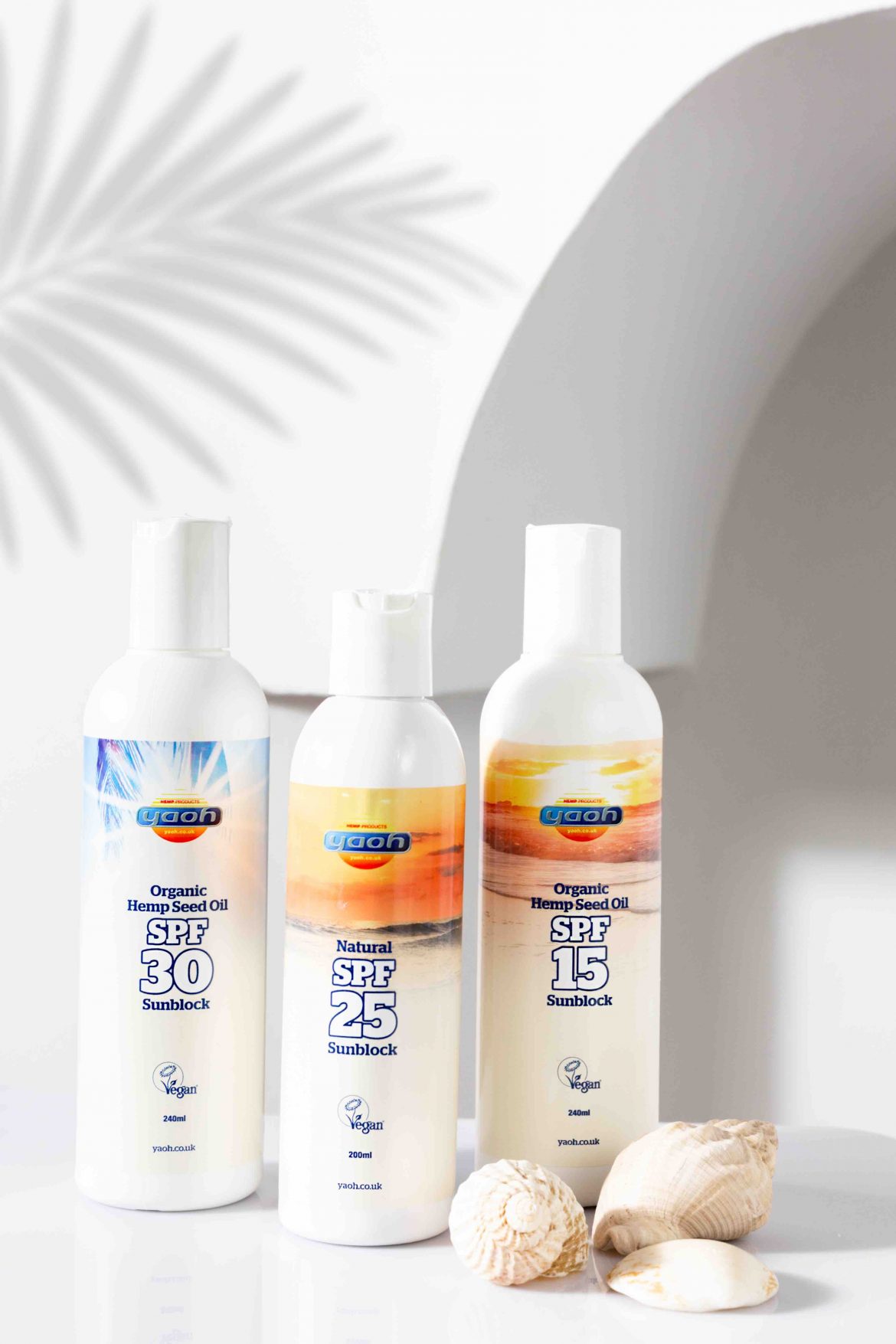 Initially – a lot of interest, we were snapped up by the independents. The vegan aspect was very interesting – Yaoh was the only vegan lip balm on a stick in the UK in 2003. And the sunblock was always a hit – mid priced, nice lotions, family sized, clean, effective and free from unnecessary additives. And vegan of course. The moisturisers have always sold well, and the original moisturiser is still our best selling product. And we still only work with independents, 20 years on. No change there either.

Yaoh organised the first decade of Bristol & Brighton Vegan Fayres in the noughties, starting in 2003 in Bristol. And then in 2010, we had to sell half of Yaoh to pay the debts that the events were incurring. And so in 2010, Yaoh became a Limited Company and stepped back from the events, and VegfestUK Ltd was created to manage the events in it’s place.

Yaoh still sponsors the Vegfest events, but is a separate company with different teams and day to day management. Yaoh is a steady business, which has plateaued and remains stable – the events have been very turbulent, often weather dependent, and now hit ruthlessly by both Brexit and Covid-19.

Initially of course there was some impact, and shop sales plummeted whilst online sales escalated, so that took a bit of balancing. But over time things have balanced out again, although trade is down generally, and we seem to have lost a few of the smaller shops. We only work with independent businesses and they have been hit hard by lockdown, whilst some of the multiples have benefited from sales. Yaoh didn’t get much in the way of Government support or grants, although right at the very end our local council gave us £1000 which was very welcome.

But overall, trade is down 20% since Covid so we have some work to do to make up that ground and start growing again. Fortunately like many businesses, we have been able to take advantage of cheap finance and that has enabled us to plan ahead and launch new products and packaging for 2022 in time to celebrate our 20th birthday.

Sugar Beet plastic packaging! Potato Bio Resin packaging! New designs! And a new range of Body Butters with improved formulas! Some new fragrances! And some new pack sizes! All sorts! We will be revealing all in 2022 on our birthday or thereabouts. Oh yes and LOTS of special offers and giveaways all year round – so sign up to our monthly ebulletin to get posted with news and updates! www.yaoh.co.uk.

The Future of Hemp

Hemp cultivation has taken a massive step forward this past 12 months or so with the establishment of a hemp processing plant in Warminster capable of processing hemp seed grown in the UK, into oil, protein powder, dehulled seed and flour. This is huge. Effectively it means that farmers can grow hemp crops with a guaranteed purchase at a guaranteed price – which is what they need to transition away from livestock farming. There are trials to use the hurds for paper currently undergoing, too.

Hemp can grow pretty much anywhere across the UK and has so many uses – the plastic and biofuel potential are crying out for investment and development, likewise the use of hemp in the construction industry, and for textiles and home furnishings. Its only as a food source that we have hit anywhere near fulfilling the potential of this fabulous sustainable resource. On a global level – I’ll be honest, I am a bit out of touch. But the beauty of hemp is its ability to grow just about anywhere, with no chemical fertilisers or pesticides required, coupled with its multiple uses. The future can only be bright, and investment is the key, into infrastructure and into marketing the products.

Both veganism as a position against the commodification of all animals, and wholefood plant based diets which benefit human health as well as increased sustainable food supply and lowered environmental impact, are on the rise and must continue so. Animal justice demands we end the use of animals for human purpose, and climate justice demands we reduce our environmental impact immediately – with livestock farming being the main culprit.

The important aspect is to support both positions, even when they appear to contradict. Clarity and honesty can help here. Essentially veganism is a rights based position which upholds the rights of individuals not to be used as property, including all animals used for any purpose, and climate justice takes a more reductionist approach, reducing and lowering livestock dependency to lower the negative environmental impact and increase sustainable consumer, energy & food options. These 2 positions have a lot in common – but some contradictions too. But people can still strive to live their lives consistent with and in accordance with their values on both positions.

Lockdown has really hit me on a number of levels, fortunately I have been able to make the best of these challenges and grow and prosper, at least on a ‘spiritual’ level and inside me, if not with my business ventures – quite the opposite in fact. But after over 40 years promoting veganism, plant-based diets, environmental issues, and always trying to take a solutions-based approach to the problems that have arisen, I am a bit wiser, if not a little older. And whilst youth can replace energy, experience is a benefit of age.

I see at least another decade of both Yaoh and the vegan events ahead, and a decade that will utilise all the experience garnered over a period now spanning 6 decades. I sincerely hope that both hemp and veganism are firmly established as the default come 2030 – and that means there’s work to do. For all of us. And we know we have little choice but to succeed with that. If we make the progress we need to make by 2030, then by 2040 we really should be getting somewhere. 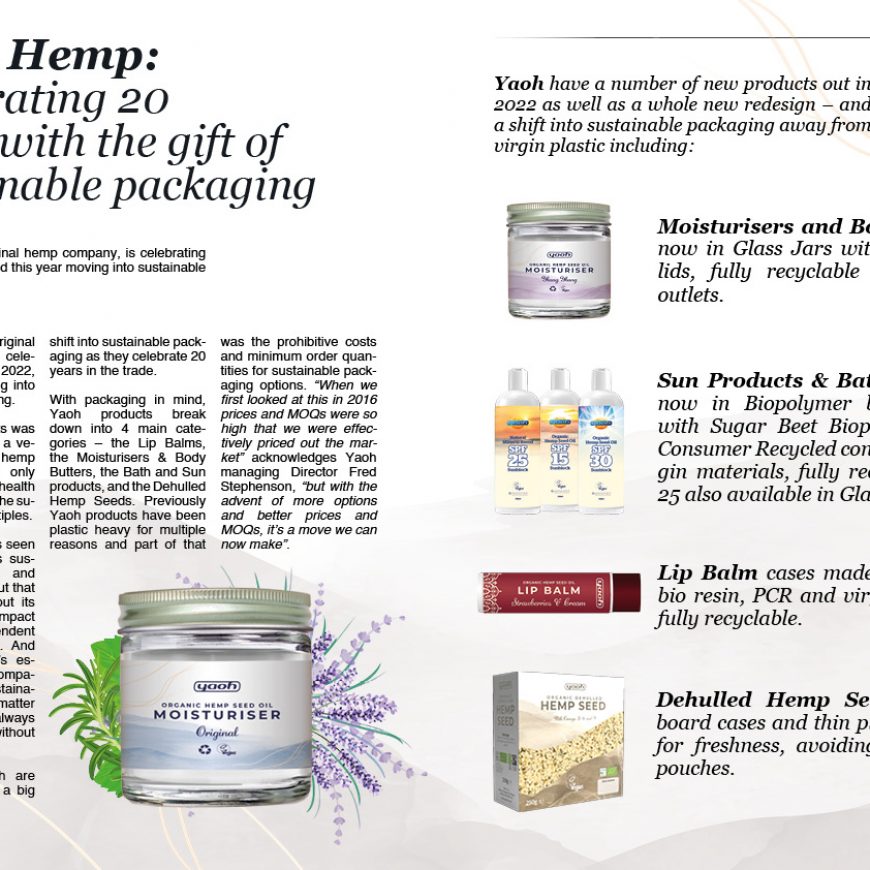 Yaoh Hemp: Celebrating 20 years with the gift of sustainable packaging