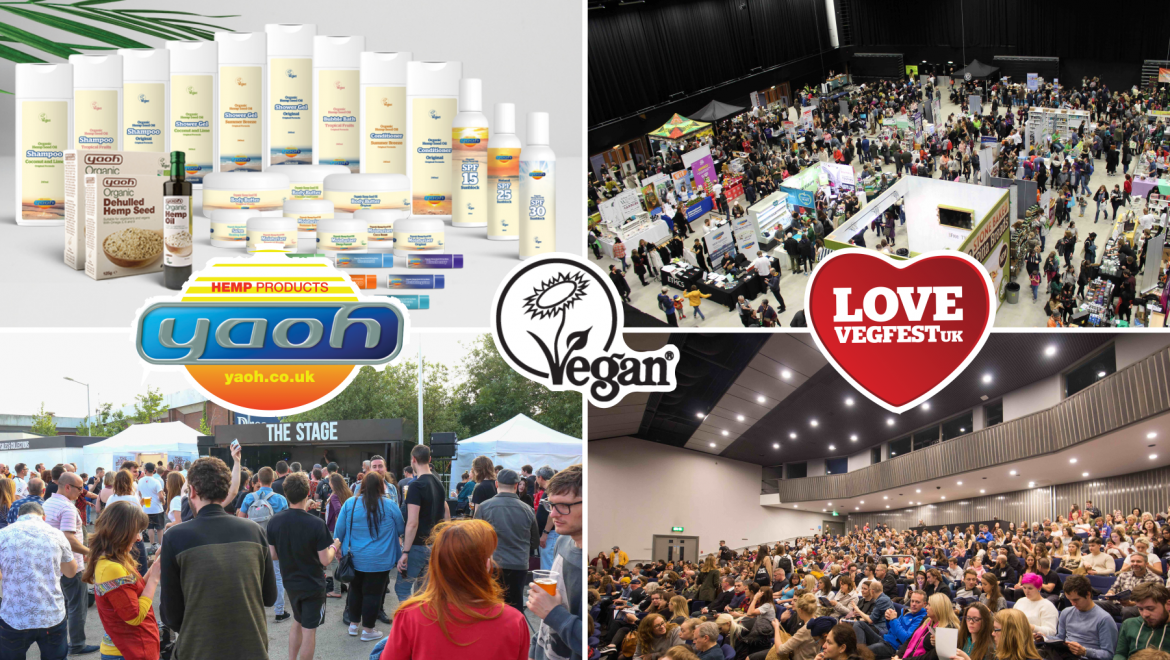 One of the UK’s original hemp companies Yaoh has played an instrumental role behind the growth of the vegan market in the UK over the last two decades. Not only does Yaoh boast a wide range of vegan hemp bodycare and food products, bearing the Vegan Society Trademark, which are only available through independent health stores (as well as online), but Yaoh has also organised and sponsored a number of vegan fairs and events across the country, including founding the first ever vegan fayre in Bristol, which has undergone huge growth in the last 15 years and has now become VegfestUK, responsible for some of the biggest vegan events in the UK right now.

It’s been an incredible journey not only for the Yaoh team but also for everyone who is lucky enough to ride the many crests of the vegan wave over the last 15 years, even more so considering that all those years ago veganism was pretty much in the wilderness and a very very niche minority lifestyle choice, and the word vegan was barely spoken about. Factoring in the huge recession in 2008 and the lean years that followed, this is no mean feat.

Yaoh was founded in Bristol on Valentine’s Day back in 2002 by independent entrepreneur Tim Barford, out of a passion for the incredible properties of the hemp plant in food and bodycare as well as all things vegan. Tim had helped pioneer the reintroduction of industrial hemp to the UK, helping set up the House of Hemp in 1991, and opening the UK’s first hemp shop in 1994. Vegan since 1984, Tim’s belief in hemp as a viable solution to Livestock farming is beginning to become a reality, with tens of thousands of industrial hemp grown in the UK every year.

In 2003, looking to start promoting the vegan lifestyle to a wider public, Yaoh organised the first ever Bristol Vegan Fayre, predecessor of the massive VegfestUK Bristol, with altogether 40 stalls and 1,200 visitors in one day in the humble surroundings of the Watershed.

Huge interest in all things vegan soon followed which enabled the organisers to expand the festival to the average of around 100 stalls and around 5,000 visitors in 1 day at the M-Shed from 2004 – 2006. Yaoh was also responsible for publishing the first-ever vegan guide book for everyone living in Bristol (A Vegan Guide to Bristol), with detailed features and listings of all vegan-friendly cafes, restaurants and wholefood shops in Bristol.

The growth of the Vegan Fayre showed no signs of abating afterwards, with plenty of goodwill and generous support from many wonderful individuals and businesses enabling the Yaoh crew to further enhance the fayre to a 2-day bonanza from 2007 – 2017 at the Lloyds Amphitheatre on the Harbourside. In its heyday between 2011 – 2017, the festival (which later became VegfestUK Bristol of course) averaged between 10,000 – 20,000 visitors every year.

Yaoh’s progress in growing their vegan festivals did not go unchecked – the recession in 2008 hit the company particularly hard and plunged the company into financial difficulties, and ultimately half of it was sold to keep it alive during 2009/10. Despite all the challenges facing the Yaoh team, they continued their increasingly popular vegan events with renewed zest and fervour. With the vegan fayres seeing phenomenal growth in the subsequent years, Yaoh was put on the back burner whilst the directors turned their focus to promoting the benefits of veganism through their festivals.

How far did their vegan trail go? Back in 2008, there was only one such event in Bristol. The following year saw the inception of a new vegan fayre in one of the country’s vegan capitals in the seaside city of Brighton. Despite the names of the events being changed first to Eco-Veggie Fayre and then to VegfestUK in 2011, the core of the events remains firmly about celebrating veganism. Also cast our minds back to their infant years when they were run voluntarily, with financial support coming from Yaoh as well as a number of other benefactors. This changed in 2013 when, taking into account the enormous growth of responsibilities in running events of this scale, and the manpower required in the meticulous day-to-day running of the shows, VegfestUK became a limited company, and by that time, there were 3 shows a year, including a new show at Olympia London. In 2015, the Vegfest team extended their annual programme of events to the SECC in Glasgow for a couple of years, with each event drawing on average 6,000 visitors over a weekend. Moreover, VegfestUK started its own annual vegan awards back in 2007 to celebrate the best vegan products in the market, and the awards continued to this day with trophies given out at VegfestUK London every year.

Yaoh continued its sponsorship of all the VegfestUK shows whilst an increasing number of visitors flooded through the gates at all the Vegfest events. The Bristol event saw an all-time record attendance of 25,000 visitors over 3 days in 2012, with Brighton averaging around 8,000 – 10,000 over a weekend and London drawing around 13,000 – 14,000 over 2 days. The Bristol event also moved into the superb surroundings of Ashton Gate stadium in May 2018, drawing around 9,000 people over 2 days. And with headliners such as Happy Mondays, Boney M, Stereo MC’s, Robin S and Judge Jules alongside celebrity guests such as Rozalla, Jasmine Harman, Peter Egan, Lucy Watson and Evanna Lynch, coupled with elite plant-powered athletes such as Anthony Mullally, Brendan Brazier, Scott Jurek, Christine Vardaros, Fiona Oakes and many other exceptional guest speakers over the years, VegfestUK has become some of the largest and highest-profile vegan festivals in the UK and arguably in Europe.

Not to be forgotten though is the generous support that VegfestUK has given to a number of other regional vegan fairs. From 2014, VegfestUK started its own vegan events calendar page listing all the vegan fairs, festivals and camps happening all over the nation. Despite having come up leaps and bounds over the past decade, the VegfestUK organisers remain firmly attached to their original roots and saw the big picture of moving forward together with other movers and shakers in the vegan community. As one of the prime movers in the vegan scene, they saw the value of collaborative leadership which involves singing the praises of all its fellow vegan event organisers, promoting them widely and even sponsoring some of them along the process.

With the number of vegan events in the UK reaching unprecedented levels, including around 220 of them altogether in 2017, Yaoh underwent an ambitious rebrand of the company in the summer of 2017, with a whole new set of labels carrying its brand-new sunrise logo on all its products, and a new range of products launched. New products include new SPF-25 sunblock, a new Body Butter range as well as a number of new exotic flavours for its Lip Balms, Moisturisers, Shampoo, Shower Gel and Conditioner. The new lip balms made their debut at VegfestUK Trade – the UK’s first-ever vegan Trade and Media event – as well as VegfestUK London in October 2017, with the remaining products making their way into the public at VegfestUK Brighton in March 2018.

Yaoh’s products are available to purchase online at www.yaoh.co.uk as well as at selected independent health stores. For full list of stockists, visit https://www.yaoh.co.uk/stockists/ 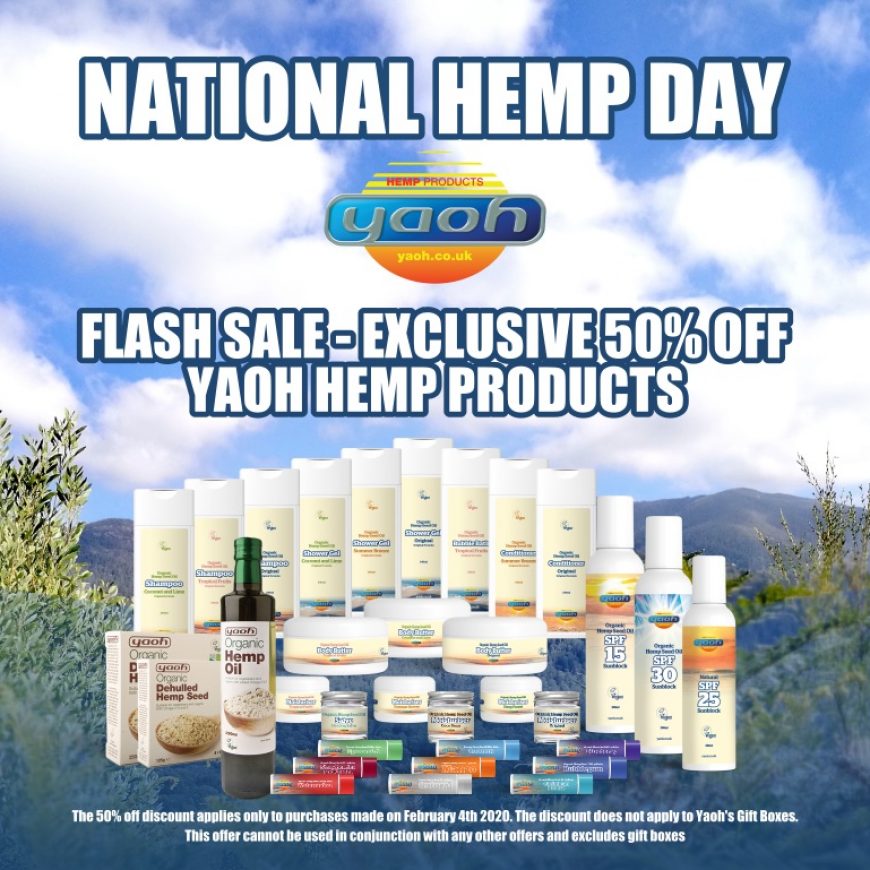 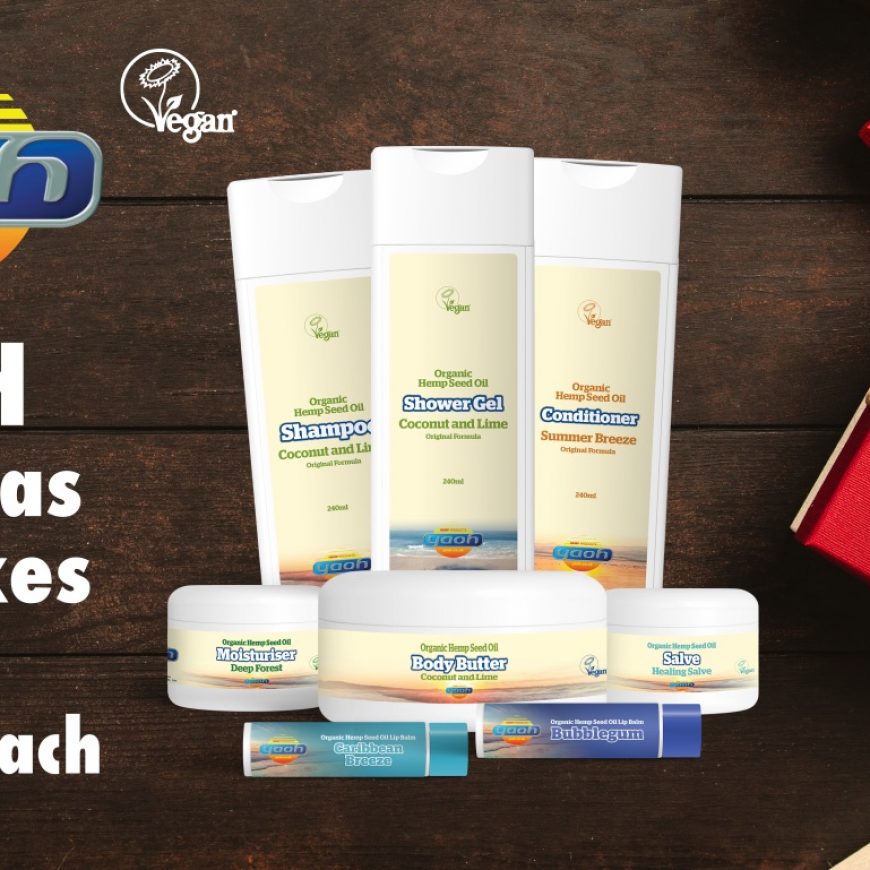